Your neighborhood needs your plastic grocery, produce, bread, and newspaper bags to fill our Mutt Mitt stations.
We are running on empty right now.
Please take some time to stuff those Mitt stations with your bags.
You can spot the stations on each corner of Coeur d'Alene Park and at each end of Overlook Park.
Thanks!  - Tim 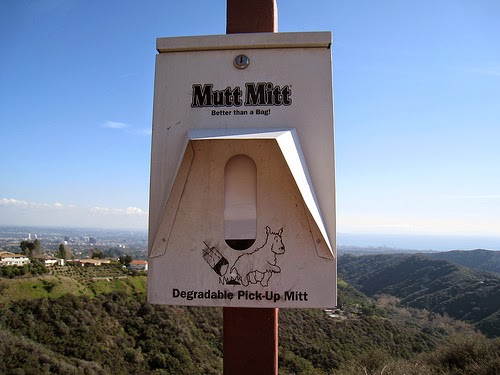 Posted by Browne's Addition Neighborhood Council at 4:54 AM

It's always nice to live in a neighborhood that is recognized as being on the top of the "good list".

Posted by Browne's Addition Neighborhood Council at 6:42 AM

Race for the Cure

The Susan G Komen Race for the Cure will take place this weekend on Sunday, April 26.Our neighborhood will be effected.CHECK THE MAP BELOW showing the course through Browne's Addition, and be sure to plan your escape. Some of your usual routes will be closed to traffic. Also note that some of the STA routes/stops are also going to be closed. - Tim

No plans for the weekend yet? Take the family to the MAC! 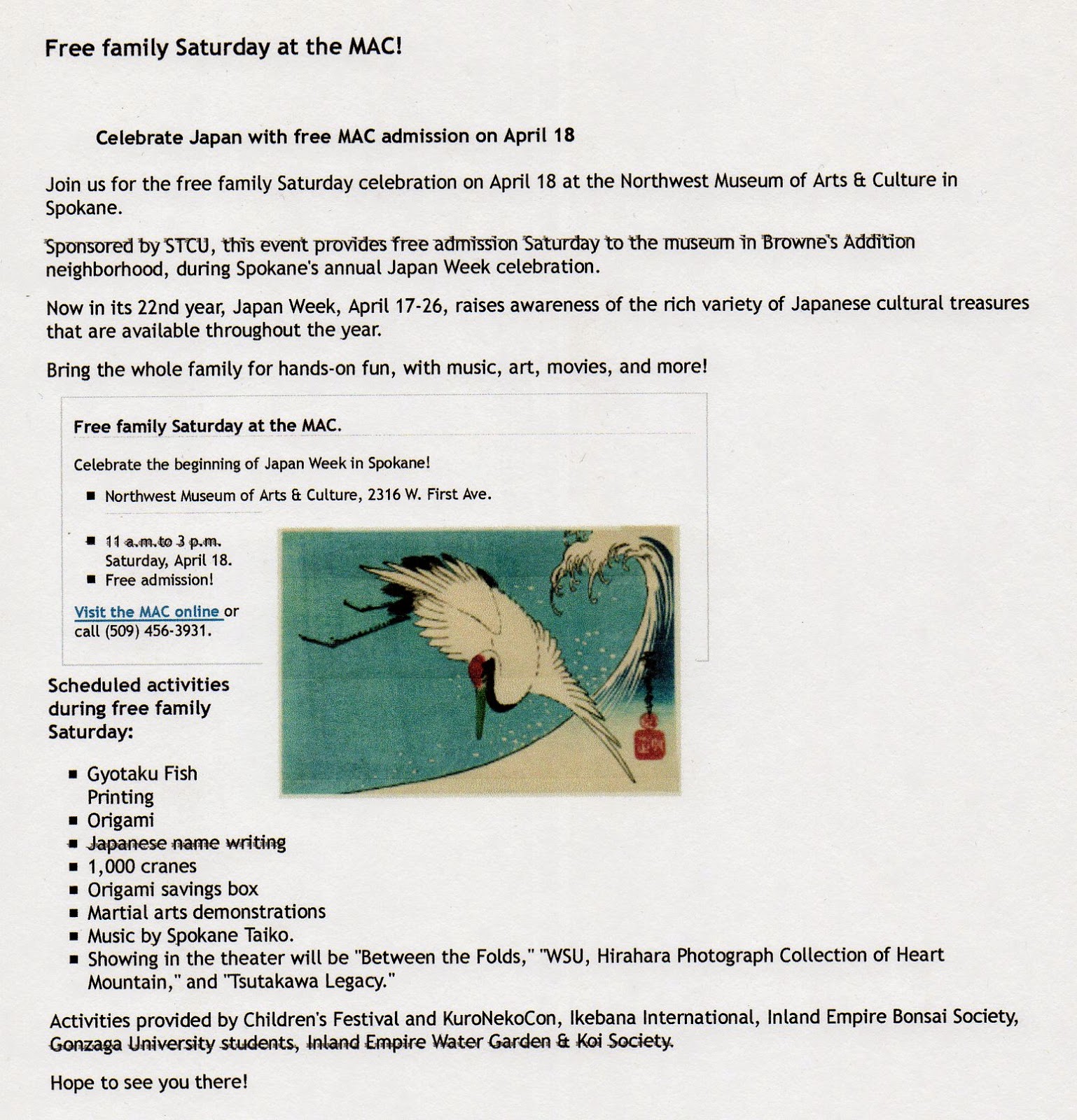 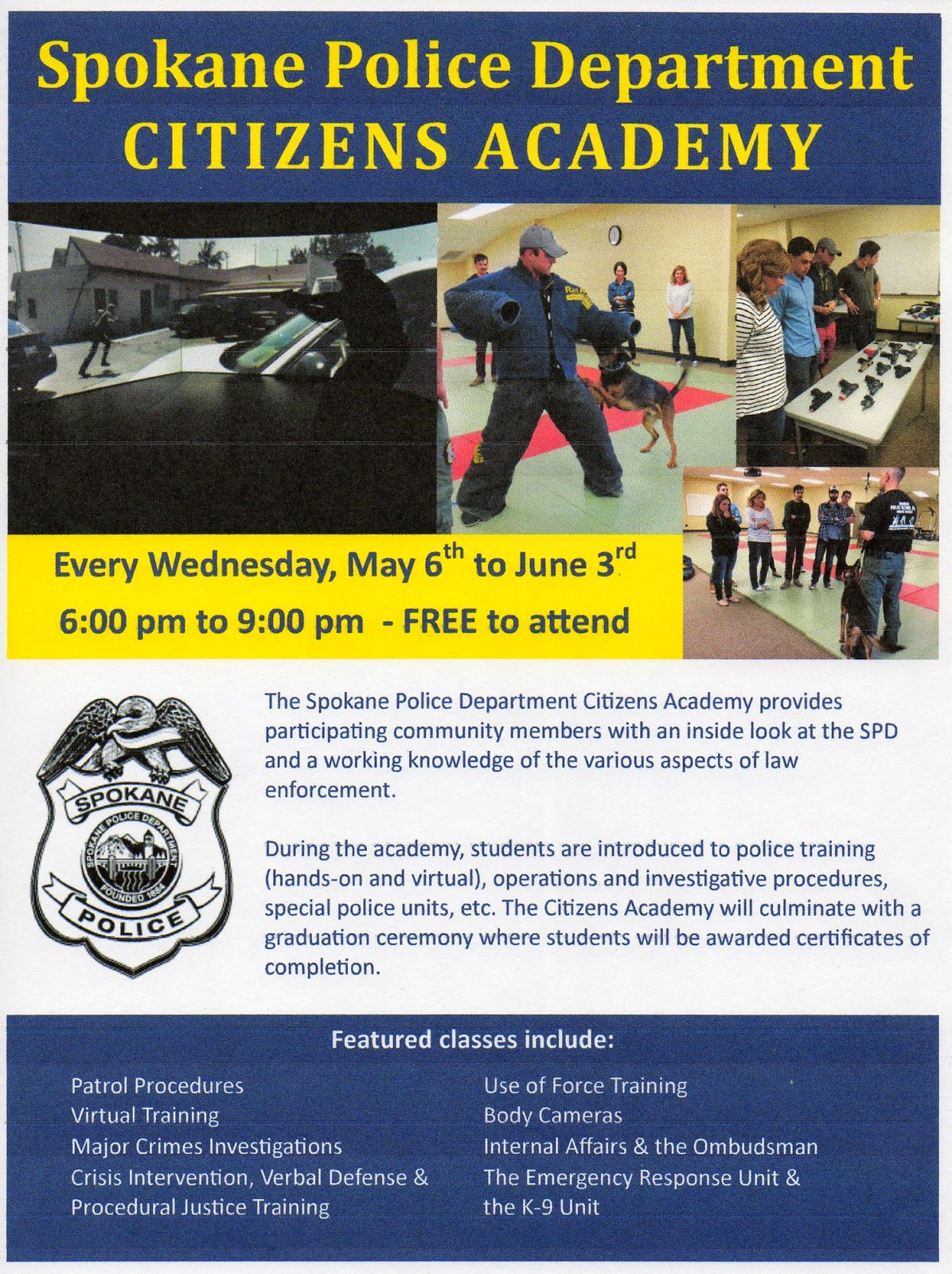 Join us tomorrow evening.
Thursday, April 9, 2015 for the third in a series of Neighborhood Discussion Forums.
The topic will be "Summer Public Safety in Browne’s Addition"

A representative from the Spokane Police Department will be present to answer your questions.
Join the discussion at Browne's Tavern 7-8:30 pm.
All are invited. 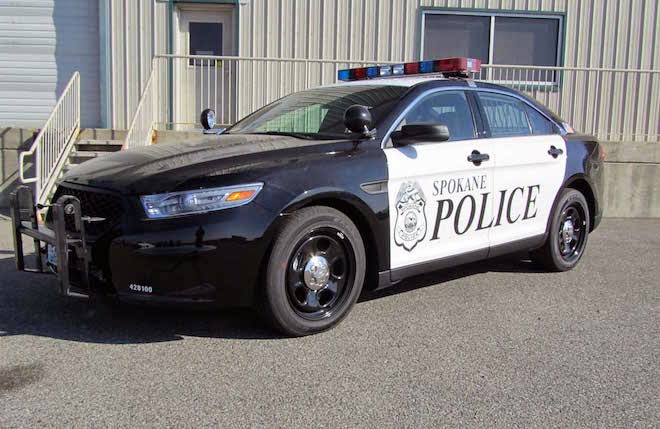 Posted by Browne's Addition Neighborhood Council at 5:17 AM

Do you have a fruit or nut tree in your landscape that needs some attention?  You’ve come to the right place!  We can help you understand how to grow a productive healthy tree.  This is an introduction to the basics of pruning and natural forms of pest management and we can answer all your questions about how to care for your food producing trees. Learn about the Spokane Edible Tree Project, a community organization helping homeowners grow and share edible tree fruits and nuts. We will spend part of the class outdoors looking at trees, so please dress for the weather!

This event is FREE and open to the public but REGISTRATION IS REQUIRED due to limited space.   Follow this link to reserve your seat - https://eventbrite.com/event/16469174745/

About Kelsey Crane
Kelsey Mae Crane is the Owner at Collaborative Roots Design & Planning Services where she plans zero waste educational events and provides sustainability consulting. She also works as a contractor with Sustainable Obtainable Solutions working with the NE Washington Biochar Community Conversations team. She has her Master’s degree in Urban & Regional Planning from Eastern Washington University with a focus on environmental sustainability and community resiliency. Kelsey is also the Vice President of the Spokane Edible Tree Project and on the Board of LINC Foods.

About Tim Kohlhauff
Tim Kohlhauff is the Urban Horticulture Coordinator for the Spokane County Extension of WSU where he leads the Master Gardener program. He has worked there since 2008, assisting homeowners and professionals in diagnosing plant problems. He also works to train new and veteran Master Gardeners in sustainable gardening practices and proper tree care. He was the arborist at the Spokane Country Club for ten years and an adjunct instructor at Spokane Community College. Tim has two degrees in Horticulture from Spokane Community College and a bachelor’s degree from Whitman College in Walla Walla. He has been a Master Gardner since 2000 and is a Certified Arborist through the International Society for Arboriculture.

Funding assistance for this event is provided by USDA Forest Service and Washington Department of Natural Resources; both are equal opportunity providers and employers.

Cleaning From the Core

Spring is around the corner, and that means the City of Spokane is ramping up for this year's Spokane Gives Week (April 25 - May 3). The annual kickoff event, called Cleaning from the Core (CFTC) is on Saturday, April 25. Mark your calendars and help out with projects that aim to clean up the Downtown core!
In 2014, over 400 CFTC volunteers spread out across Downtown Spokane to clean streets, sweep sidewalks and remove trash, removed green debris along I-90, paint the Skate Park, take part in annual flower plantings, and remove trash and clean up graffiti in River Front Park. The volunteers helped remove 4,620 pounds of trash from the Downtown core -- 3,400 pounds more than 2013's Cleaning from the Core!
This year, the City is planning an even bigger cleanup effort with more varied projects. Some of the new activities planned for the event include a larger effort for graffiti abatement across the entire Downtown core, trash removal and the planting of 2,000 new tree seedlings along the Spokane River with the help of Spokane Riverkeeper.
As a thank you to our volunteers, CFTC is hosting an After Party at The Tribal Gathering Place next to City Hall (808 W. Spokane Falls Boulevard) with food from local food truck vendors, the Shameless Sausages and 3 Ninjas. The event will also include music and raffle items donated from local businesses including Liberty Ciderworks,Riverfront Park, River City Brewing, No-Li Brewhouse, The Davenport Hotel and many more. Raffle items will be announced about every five minutes from 12-1 p.m. You must be present to win. Volunteers will also get a chance to meet Mayor Condon at the After Party. 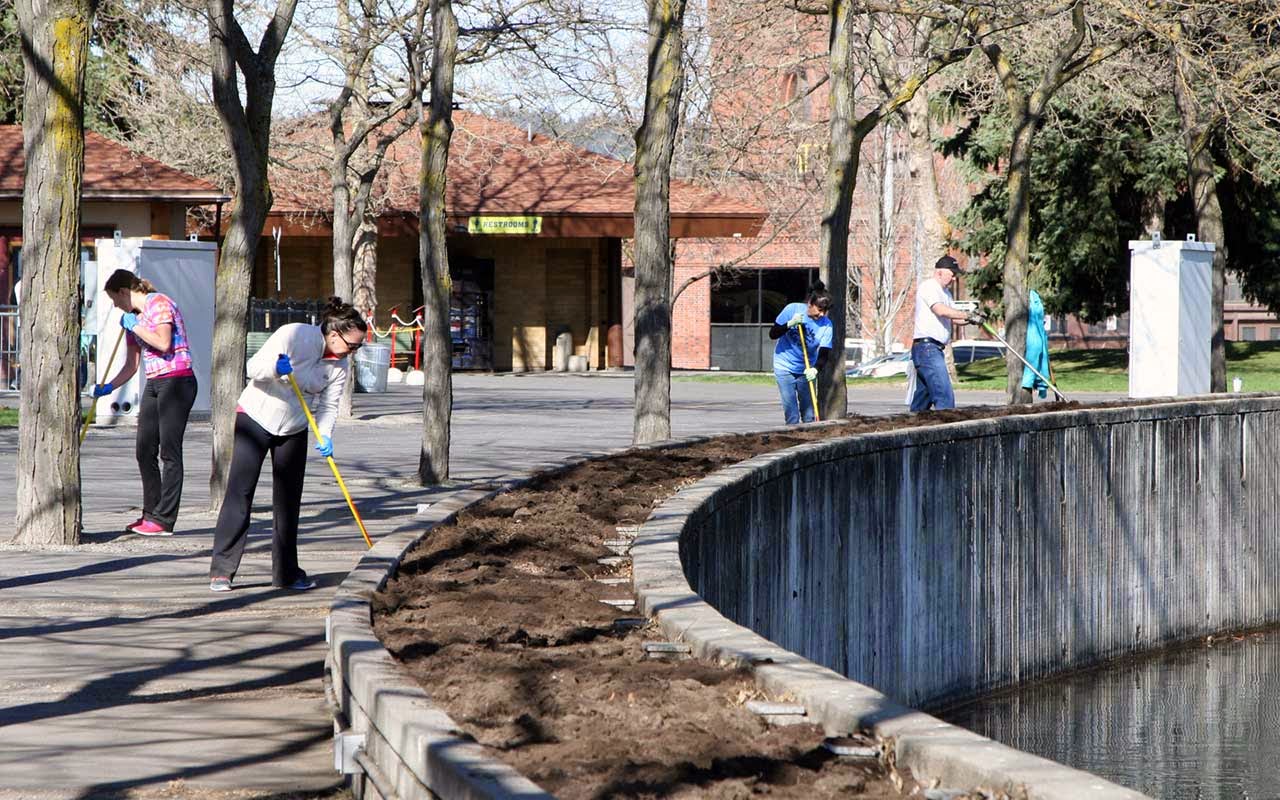